Big Names Are Ready To Inspire, Motivate and Educate at Breakthrough 2021!!!

Check out the interesting facts below about our speakers, trainers and coaches!

Tickets are selling out quickly… six weeks left until May 13th and only fifteen spots are available. 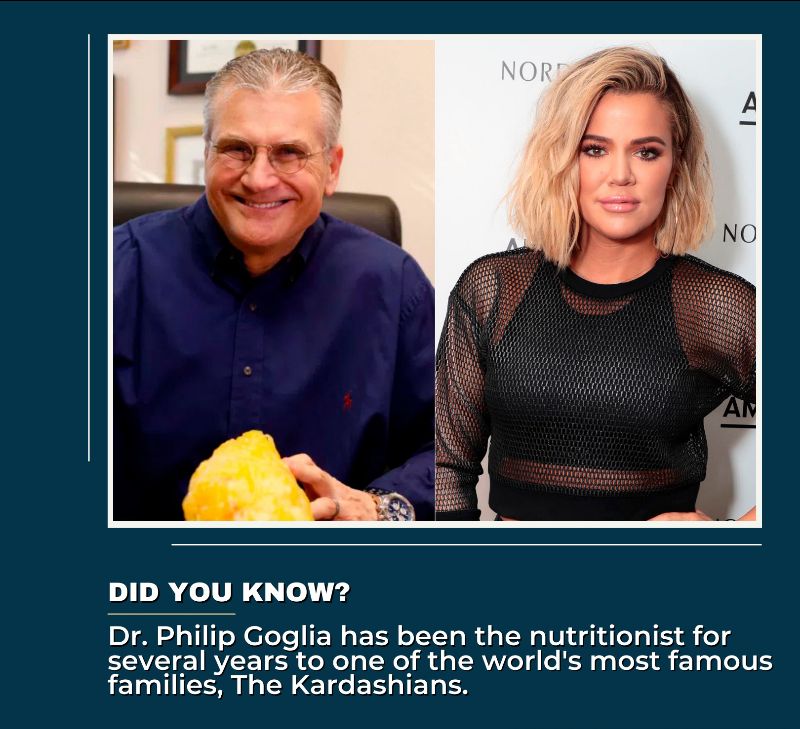 Dr. Philip Goglia
is the founder of G Systems Concepts, the premier nutrition and fitness clinic in Los Angeles. Dr. Goglia has been a registered nutritionist for over 20 years and serves on the Board of Governors of the Madison Foundation and City of Hope Medical Center. He has appeared in numerous magazines, including People; Allure; Elle; Self; Men’s Fitness; and First for Woman. In addition, he has made numerous television appearances on CNN and Dr. Phil. For several years, Dr. Goglia has been the nutritionist to one of the world’s most famous families, The Kardashians. 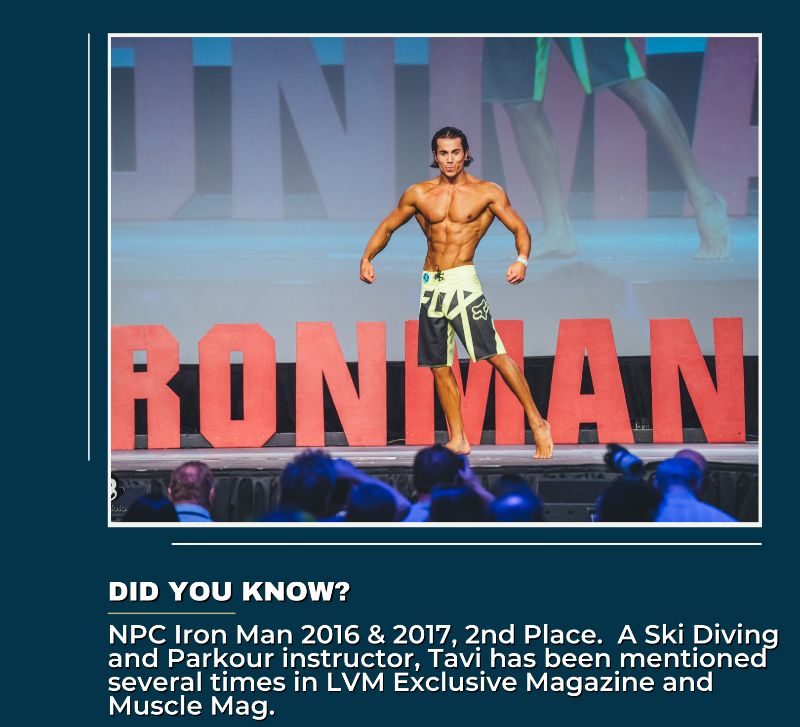 Octavian Ionescu (Tavi)
– NPC Iron Man 2016 & 2017, 2nd Place. A Ski Diving and Parkour instructor, Tavi has been mentioned several times in LVM Exclusive Magazine and Muscle Mag. He’s an adrenaline junkie and risk-taker. Due to his unique training style and his extraordinary attention to detail, Tavi’s nickname is “The Surgeon.” Tavi is definitely a stock to watch for the next few years. 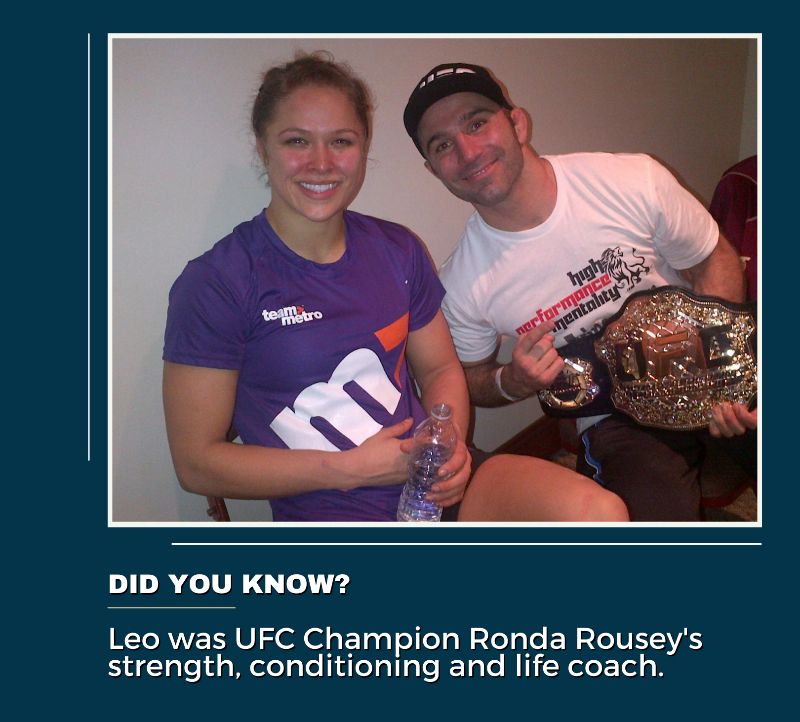 Leo Frincu was born and raised in communist Romania. At six-years-old, he began wrestling, and by the time he reached 18, won the World Title in Wrestling. During his wrestling career, Leo lost over 1,000 pounds and spent over 26,000 hours on the mat. At 23, he defected to the United States with just a backpack and ten dollars in his pocket. Leo is the author of several books on Mental Coaching and, for the last fifteen years, has been the owner of Results Personal Training, a prestigious training facility in Los Angeles. 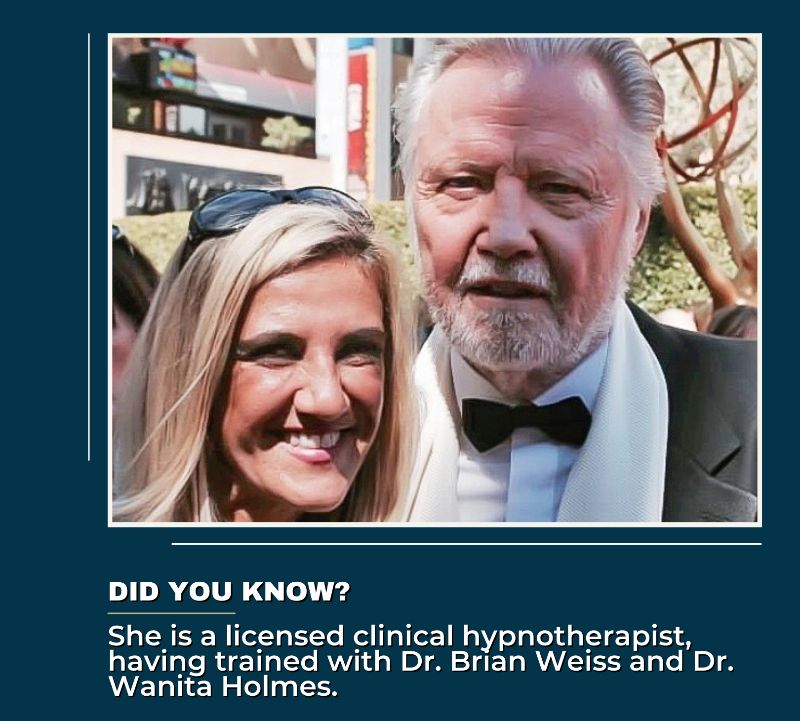 Dr. Aura Imbarus has a B.A. in Foreign Languages, an M.A. in American and British Studies, and a Ph. D. in World Humanities. She is a licensed clinical hypnotherapist and has trained with Dr. Brian Weiss and Dr. Wanita Holmes. Dr. Imbarus has been featured on NBC, ABC, CNBS, Good Morning San Diego, and Forbes Romania, among others. She is addicted to Transylvania, her childhood cradle, fast cars, and chocolate. (We can all see that chocolate doesn’t affect her the way it affects the rest of us!) 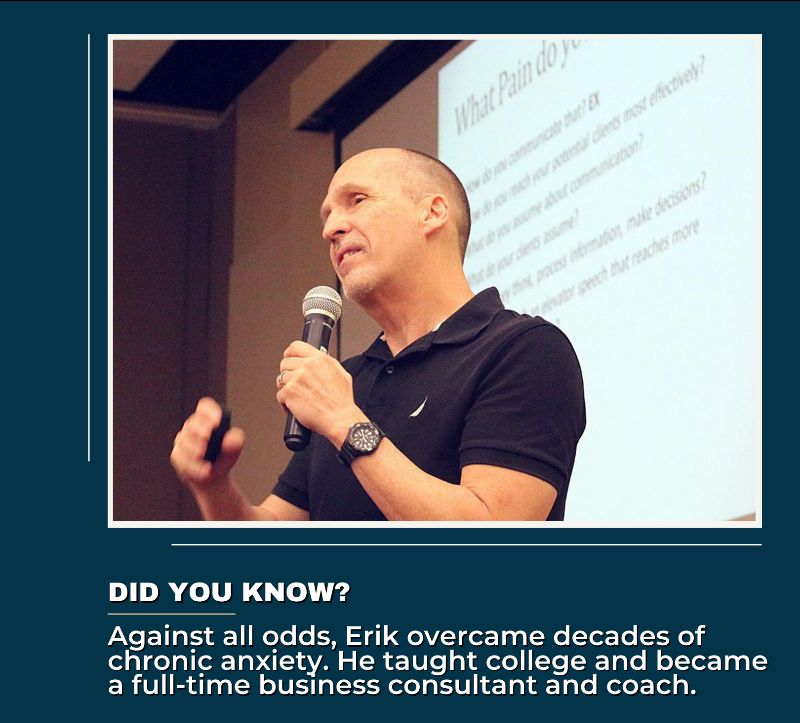 Erik Kieser was born in Las Vegas, NV at a time when its total population was only 25,000. He grew up as the son of 3rd-generation educators, and in 1978, won the National Merit Scholarship from Pepperdine University. Against all odds, Erik overcame decades of chronic anxiety. He taught college and became a full-time business consultant and coach. He loves helping people think as clearly and productively as they can! Erik is also a beach rat and plans to start learning kite-boarding this year. 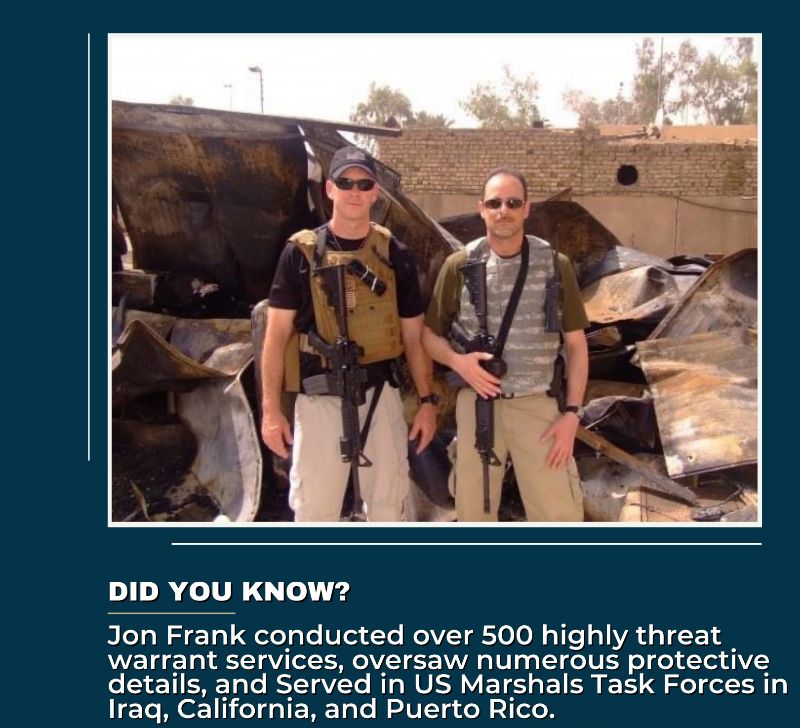 Jon Frank has served on the U.S. Marshall’s Task Forces in Iraq, California, and Puerto Rico. He has conducted over 500 high-threat warrant services and overseen numerous protection details. He is President of the United States Fight League (USFL), a non-profit regulatory and sanctioning organization that fosters and supports Youth and Military Pankration. Pankration is the oldest martial art on record and was considered the most prestigious event of the Ancient Olympics. 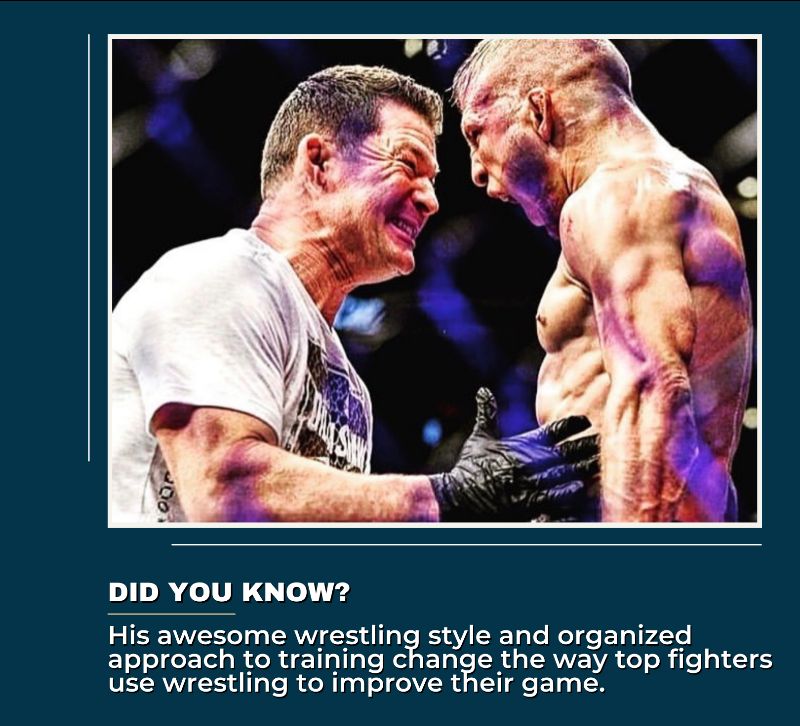 Darryl Christian has had an incredible wrestling career. Not only did he earn a California State Title, but also became a National Champion and a 1996 Olympic Team Member. After his wrestling career ended, he transitioned into medical sales and is currently turning the MMA (mixed martial arts) world upside down with his unique wrestling style. Darryl has worked with many UFC Champions – people like Chael Sonnen, Randy Couture, Joe Warren, Jeremy Stephens, Rashad Evans, TJ Dillashaw, Ian McCall, and countless other top fighters. His awesome wrestling style and organized approach to training change the way top fighters use wrestling to improve their game. 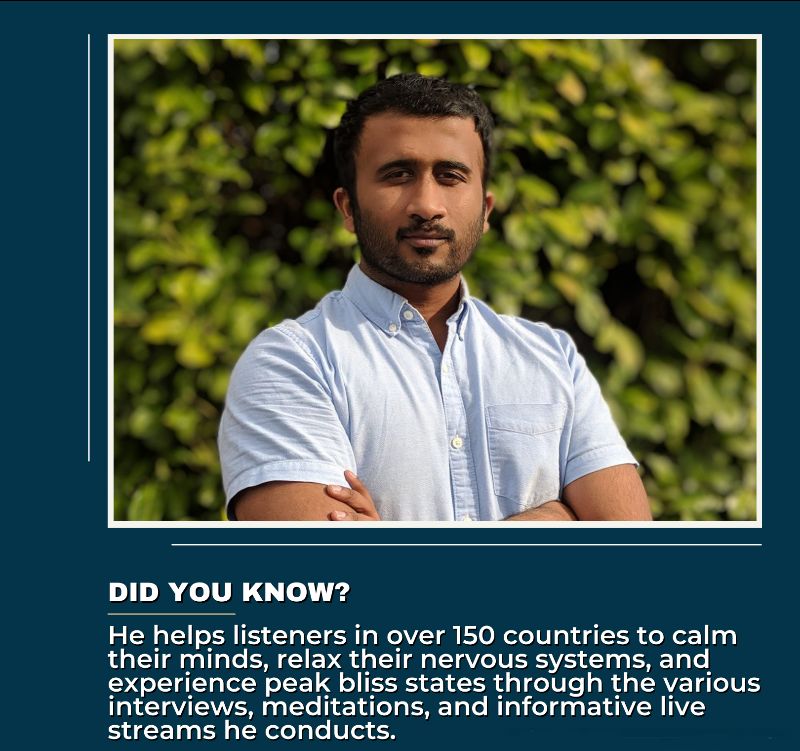 Aditya Jaykumar (AJ) is the founder of one of the top 50 podcasts, My Seven Chakras. With over 5-million downloads and 400 episodes, AJ helps listeners in over 150 countries to calm their minds, relax their nervous systems, and experience peak bliss states through the various interviews, meditations, and informative live streams he conducts. AJ has worked with many organizations, including Project Management Institute Vancouver, University of British Columbia, Coast Capital Savings Credit Union, and YouVeda USA. 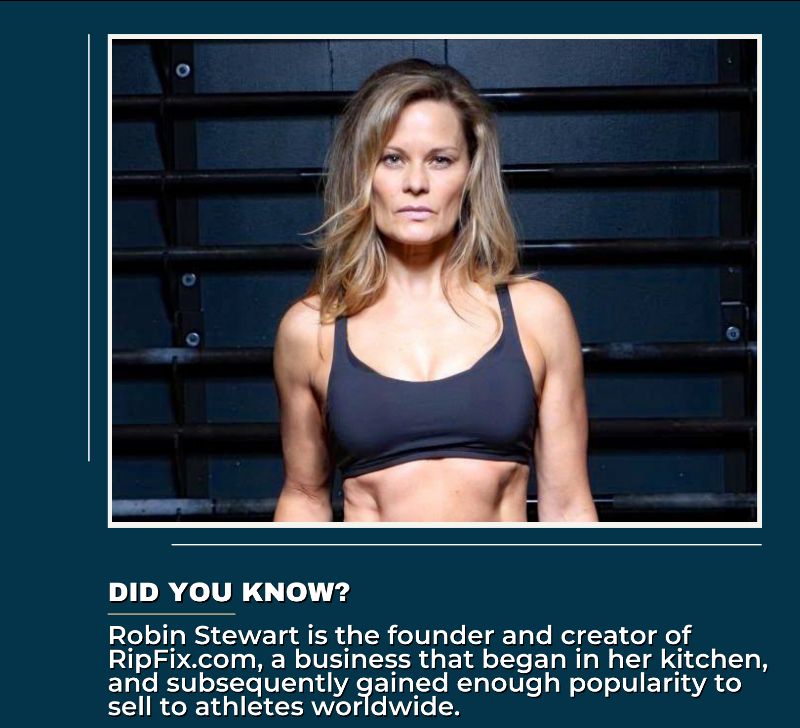 Robin Stewart has many talents and wears many hats. She started acting as a teenager and has appeared in numerous TV shows and commercials. Robin is also a business owner. She is the founder and creator of RipFix.com, a business that began in her kitchen, and subsequently gained enough popularity for her to hire a manufacturer and sell to athletes worldwide. As a single mom of two amazing daughters – one a surgeon in Ann Arbor, MI and the youngest in college – Robin is the true embodiment of a fighter. We can safely say that her home is full of Girl Power! 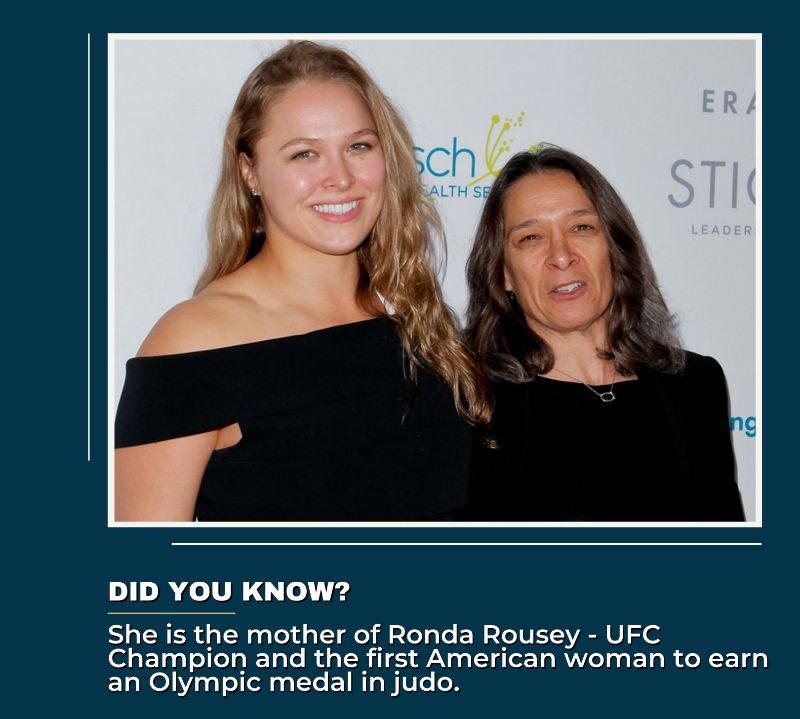 Dr. AnnMaria De Mars is an American technology executive, author, and judoka. She is the first American to win a Gold Medal at the World Judo Championships. At age 19, AnnMaria graduated from Washington University in St. Louis and won her first international judo tournament, the U.S. Open. In 2013, Dr. De Mars was named on the Forbes annual list of “40 Women to Watch Over 40.” She is an AARP Purpose Prize Fellow, a fellowship recognizing a purpose-driven life. She was inducted into both the International Sports Hall of Fame and Pan American Judo Union Hall of Fame. AnnMaria has four daughters: a New York Times best-selling author; a history teacher; a soccer player who made it to the NCAA national championships three out of her four years of college; and Ronda Rousey, the first American woman to earn an Olympic medal in judo, winning a Bronze Medal at the 2008 Summer Olympic Games in Beijing. Ronda is a WWE athlete and former UFC Bantamweight World Champion.

We are Locked and Loaded